Zoo2U visited KS1 today. They brought in a variety of animals from around the world and taught us lots of facts about them. They explained where they lived, how they were adapted to their habitats and what they liked to eat. The children loved watching the animals and handling them.
“I loved the visit. I enjoyed seeing all the different types of animals. I especially liked learning facts about the kestrel.” Tilly Goodfellow

“I enjoyed learning about the animals and stroking them. I also enjoyed them crawling about and eating lots of different things.” Anya Patel 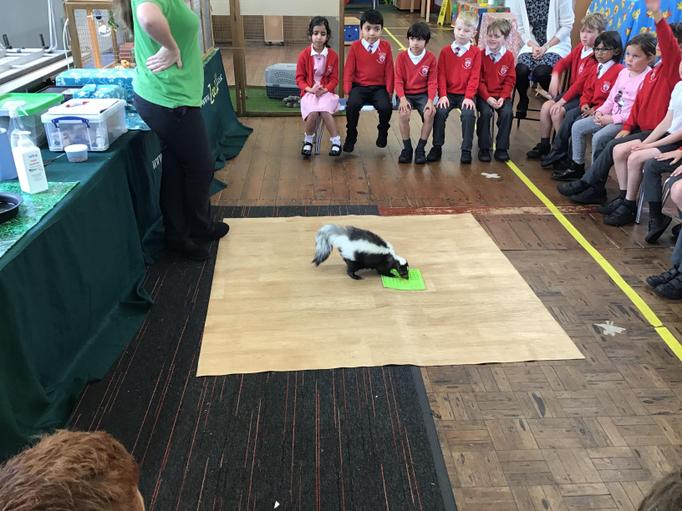 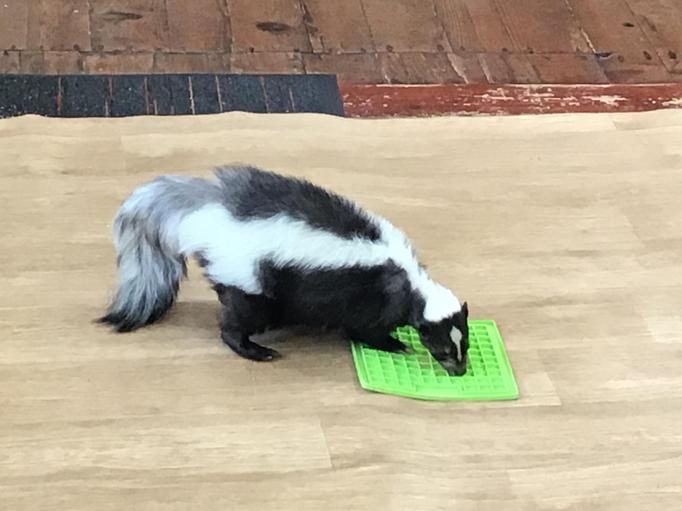 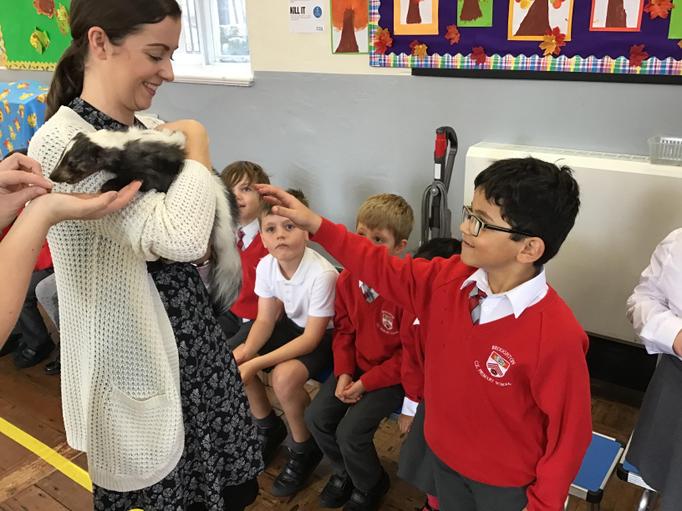 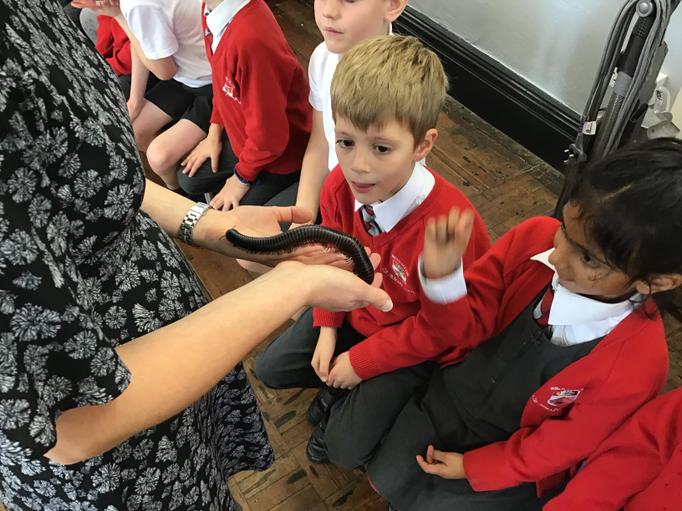 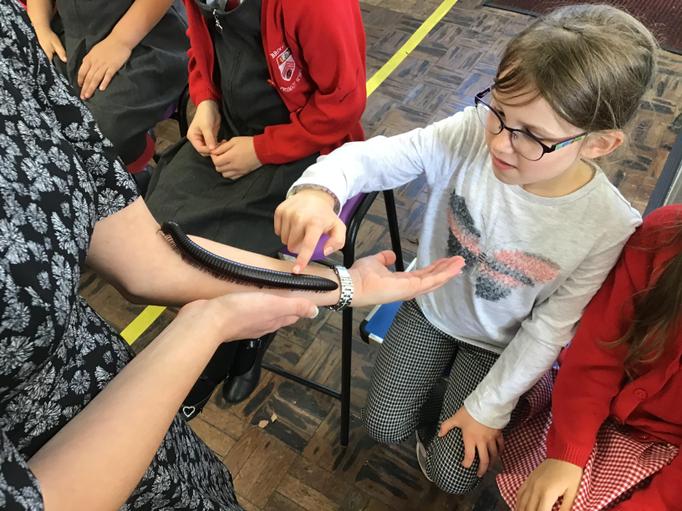 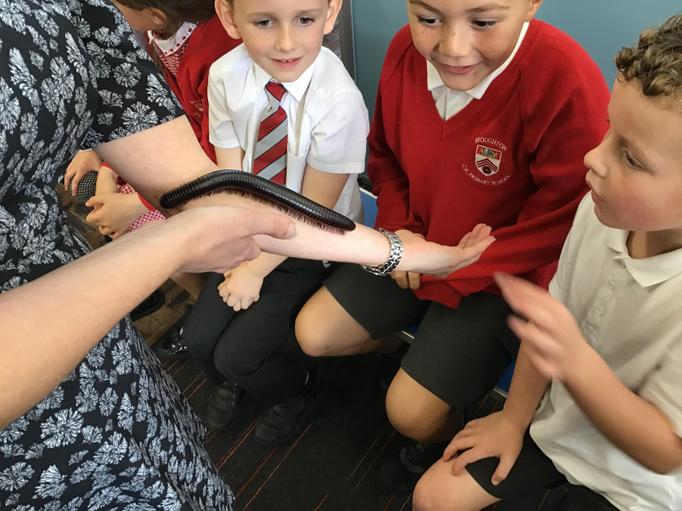 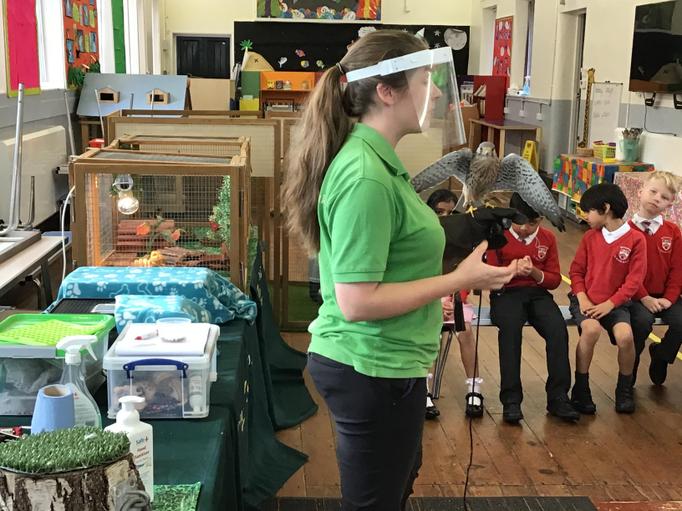 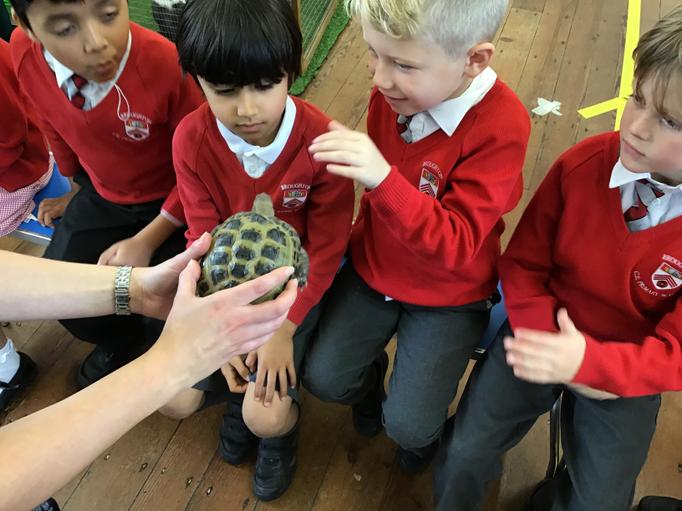 Year 2 and 5 had a fantatsic time on Friday launching rockets. They thought carefully about the design of their rocket and investigated how changing the pressure affected how far the rocket went.

Thank you for all of the fantastic entries for our science challenge! Alex Latham made the best raft that held 717g without sinking. James Hibberd followed in a close second with his raft holding 700g. Jack Hart came 3rd with his great video of his raft which held 124g without sinking. It is wonderful to see the all of the super science investigations that are taking place at home!

On Tuesday, some Year 5 children attended a Festival of Science at Broughton High School. The had a fantastic time carrying out a range of investigations and activities, including rocket launching.

Key Stage 1 had an exciting visit from two podiatrists. They learnt lots of facts about feet and also how to look after their feet. They all loved getting their certificate at the end.

Year 5 became forensic scientists this morning as they had a murder mystery to solve! The children tested the properties of different powders found at the scene of the crime to find the culprit.

Year 5 and 6 have made some excellent models of the Solar System for their homework.

Nature club have been identifying minibeasts and leaves that have fallen from trees. They have also been creating natural art in the style of Andy Goldsworthy. Next, they are planning to make a bug house! 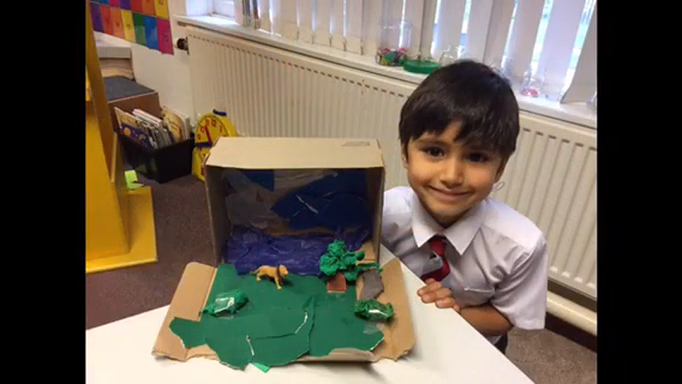 Year 1 enjoyed making their animal habitat dioramas. They thought carefully about what animals and plants they would find in the habitats. Find a video of their finished products attached.

“We enjoyed doing Lego building because it was really exciting. We also enjoyed when Mr Andrews came in to teach us about safety equipment.” – Ellie Graham and Alexander Sturzaker

“Building the robots was really fun and I liked learning about the different equipment that keeps people safe.” – Jessica Wiper

“In Science Week, we really enjoyed the part where we learnt about how science is used in surgery and we had to try and get the equipment out of the jelly with chopsticks. Then we were set a challenge to create a tool to make it easier to get the equipment out.” – Isabella Pace and William Beesley

“I liked the building/engineering workshop because we got to create a picture and make it with bamboo sticks and blu tack.” – Euan Joyce

“I enjoyed trying to stop the structure from falling down. It was fun at the end because you could see how everyone else had built their tower.” – Sophie Mitchell

“I have really enjoyed Science Week because it was really fun trying all of the different experiments. I really liked how everyone was working together to make 3D models only using bamboo sticks and blu tack. When we were making shadow puppets, it was really cool when we found out that if you move the object further away from the light, it makes the shadow bigger but less clear. Science Week has also really help me improve my science knowledge.” – Finlay Delaney

Science Week - How science is used in surgery

Year 3 and 4 had a visit from four STEM Ambassadors who delivered an exciting workshop on how science is used in surgery. They started off by using chopsticks to see if they could extract objects (including marbles) from a tub of jelly. They then thought about how they could improve this tool for use within the body. Every group made a much improved tool and were able to pick up many more objects.

Year 3 and 4 used circuits to light up the buildings they had created using lego. The children particulary enjoyed completing the circuit which made the train move forwards and backwards.

Year 1 and 2 had an exciting start to Science Week! They learnt all about the properties of the plastic lego brick. Then they designed and built different robots with moving parts.

Year 2 went on a materials hunt and sorted them into man-made and natural materials.